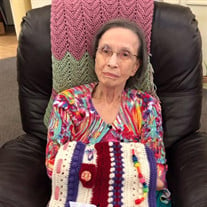 Rebecca (Becky) Hight was born and spent her childhood and school years in Dexter, Maine. She graduated from Barrington College, Providence, RI, and from the New England Deaconess School of Nursing in Boston, MA. Becky met Robert Hight when he was studying at Gordon College in Wenhan, MA. Bob became a pastor with the American Baptist Churches. They were married August 31, 1957. Through the years of their marriage, Becky served in various ways in the churches which Bob pastored. She also worked part-time as a nurse. In 1979, Becky became involved with hospice work. For seventeen years she was a nurse-manager and then President and CEO of hospice programs in New York and Ohio. She regarded hospice as a ministry which fused her Christian commitment with her desire to help those in need. Hospice of the Miami Valley in Cincinnati, Ohio, which she directed for 8 1/2 years, was her greatest challenge and satisfaction. Upon retirement, Becky and Bob built their home in Penney Retirement Community and moved in on February 6, 1997. Becky felt that while the move to PRC was Bob’s plan, it was also God’s plan and was the right place for them-and for her, after Bob died in December, 2000. Becky enjoyed her life and service here. She worked as a pharmacy assistant in the PRC outpatient clinic, and was a member of the Strategic Planning Committee. She also served as President of the PRC Association of Residents, and on the Resident Life Committee, Volunteer Activities Committee, Campaign 75 Committee and Publicity Sub-Committee, Residents’ Aid Fund Committee, and the Planning Committee for Saturday evening church services, and chaired the Art Placement Committee. Helping to plan for the supportive care at PRC was particularly important to her, and she was on the volunteer Committee of the Hagen Care Center for two years. She was a member of Hendricks Avenue Baptist Church in Jacksonville and taught a Sunday school class. Community activities included the Penney Farms 75th Anniversary Committee, the Rural Health Center Committee, the Orange Park Art Guild, and Chair of the Art Exhibit at the Clay County Fair. She worked with and supported Habitat for Humanity. In 2002 she did volunteer mission work in Honduras with the Mercy Ships. Becky enjoyed working in stained glass. She served in various capacities with the Art Studio group, and was President of the group for several years, watercolor painting became an important activity; she was represented at several area restaurants and by the Abbott Tract Artists Gallery in St. Augustine. She loved gardening and rejoiced in the beauty of flowers and of nature all around her. Most of all, she wanted to be remembered as trying to respond to God’s call and to do His work in serving others. Becky is survived by four children, Paul of Bellevue, KY; Catherine (Cathie) Haag of Macon, GA; Anne (John) Bartuska of Wake Forest, NC; Leigh of Athens, OH; eight grandchildren: Kara (Roch) Catuira and Alexis Hight, Alex (Jessie) Schatte, Rebecca (Jeremy) Blowers, and Elizabeth (Libby) (Matt) Harmon, Samuel Haag, Justin and Philip (Becca) Bartuska; three great-grandchildren: Mark and Adon Bartuska and Magnolia Blowers; sister, Virginia Inman of Green Cove Springs, FL; a brother, Theodore (Lois) Inman of Dexter, ME; sister-in-law, Claire (Hight) Barnum of Lancaster, PA. Memorial services will be held at Penney Memorial Church on Saturday, December 14, 2019 at 3:00 p.m. with a reception following. Inurnment will take place at Penney Memorial Cemetery. Flowers or a donation in Mrs. Rebecca Hight’s honor to the Alzheimer’s Association will be gratefully accepted. https://act.alz.org/site/Donation2?df_id=32112&32112.donation=form1&utm_source=google&utm_medium=paidsearch&utm_campaign=google_giving&set.custom.wt=giving&gclid=CjwKCAiAlajvBRB_EiwA4vAqiNpw7vBqjNGmx_ZuV5t2NqTSb4XR9XAXgfpVLQ39FRctm_zI6oxgshoCSCEQAvD_BwE Arrangements are under the care of HELM-GALLAGHER FUNERAL HOME OF GREEN COVE SPRINGS: 904-284-9696.

Rebecca (Becky) Hight was born and spent her childhood and school years in Dexter, Maine. She graduated from Barrington College, Providence, RI, and from the New England Deaconess School of Nursing in Boston, MA. Becky met Robert Hight when... View Obituary & Service Information

The family of Mrs. Rebecca E. Hight created this Life Tributes page to make it easy to share your memories.

Rebecca (Becky) Hight was born and spent her childhood and school...

Send flowers to the Hight family.